We continue to fill our VCP6.5-DCV Study guide page with one objective per day. Today's chapter is VCP6.5-DCV Objective 7.4 – Troubleshoot Virtual Machines. We cover each chapter from the VMware Exam Guide (PDF) for VCP6.5-DCV. You can get the PDF from this page (previously called Exam Blueprint).

Not many free VCP6.5-DCV study guides are online so far, so we thought that it might be a good idea to get things up and try to contribute.

You still have a choice to pass VCP6-DCV, but I think the moment is for the majority of new VCP candidates, to go for the VCP6.5-DCV. The  VCP6-DCV has few topics less to study.

vSphere 6.5 has charts and graphs which allows you to monitor different parts of the infrastructure such as hosts, VMs etc.

You do the same way. Select a VM > Monitor TAB > Performance.

CPU ready values are the ones you should be interested in. It is the time that the VM was trying to process threads but was unable to be scheduled by the hypervisor.

When rising above 5 percent, you should start to be interested.

Memory contention at the VM level you should look into a swap in and swap out rates. Also ballooning. When VM starts having some ballooning, and then even swapping, you should verify if your host's memory isn't too much overcommitted.

You can use resource allocation settings to allocate the amount of CPU, memory, and storage resources provided for a virtual machine. You have a choice to use:

Select resource allocation settings (reservation, limit, and shares) that are appropriate for your ESXi environment.

Admission Control – When you power on a VM, the system checks the amount of CPU and memory resources that have not yet been reserved. Based on the available unreserved resources, the system determines whether it can guarantee the reservation for which the virtual machine is configured (if any). This process is called admission control.

Describe and differentiate common metrics, including: 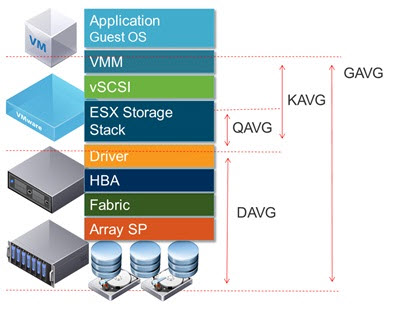 VMware vCenter server EVC verifies before it migrates running VMs to make sure that the VM is compatible with a target host.

vMotion transfers the running state of a virtual machine from one ESXi host to another. vMotion process has a requirement that the processors of the target host provide the same instructions to the virtual machine after migration that the processors of the source host provided before migration. Clock speed, cache size, and a number of cores can differ between source and target processors. The processors must come from the same vendor class (AMD or Intel) to be vMotion compatible.

Migrations of suspended VMs also require that the virtual machine be able to resume execution on the target host using equivalent instructions. When you initiate a migration with vMotion or a migration of a suspended VM, the Migrate VM wizard checks the destination host for compatibility and throws in an error if compatibility problems will prevent migration.

In order to improve CPU compatibility between hosts of varying CPU feature sets, some host CPU features can be hidden from the virtual machine by placing the host in an Enhanced vMotion Compatibility (EVC) cluster.

At the cluster level > Select the cluster > VMware EVC > Edit > Chose a radio button depending on your processor family (Intel/AMD) and then drop down the menu to chose which CPU family you want to choose from.

You can use advanced charts to create your own charts, with the data you want.

Datacenter – provides info about CPU, disk, memory or storage usage for a datacenter. You can use help topics provided there.

Resource pool – this chart has CPU and memory usage for resource pool.

Check our VCP6.5-DCV Study Guide Page for all topics.